Teachers and students of the University of Management “TISBI” became the participants and volunteers of the ХIII International Economic Summit. 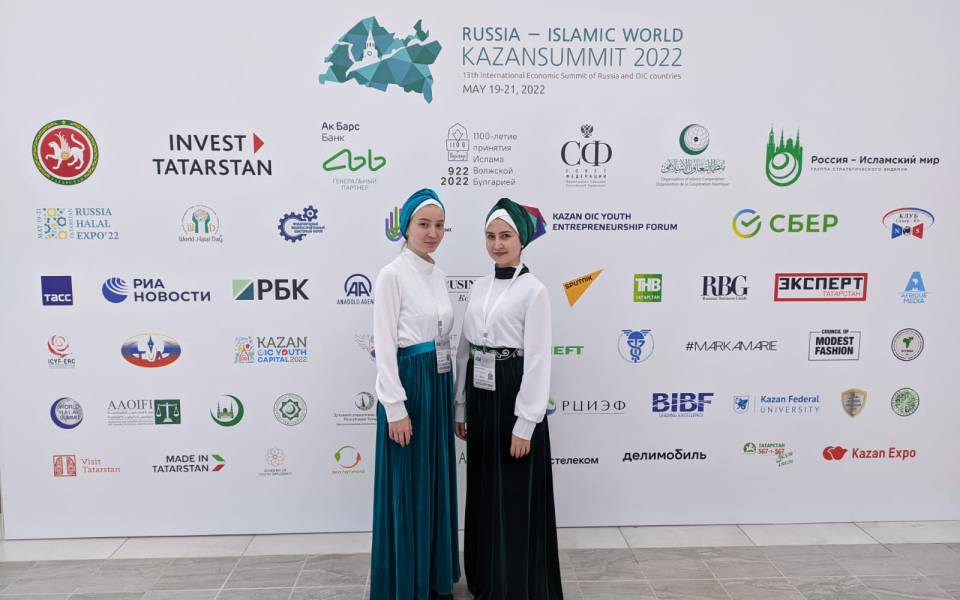 The key topic of the business program of the XIII International Economic Summit “Russia - the Islamic World: KazanSummit 2022” was the sharing economy and the common good of Halal. Islamic finance and partner banking, the Halal industry, youth diplomacy, export development, entrepreneurship and investment might be of interest to the participants. Among the traditional events of the Summit – Forum of Young Entrepreneurs of the countries of the Organization of Islamic Cooperation (OIC), Forum of Young Diplomats of OIC countries, SberTalk was a multimodal offline discussion platform for representatives of government and business where real financial issues were discussed.

Dmitriy Polyakov, Rector of the University of Management “TISBI”, Anna Naida, Vice-rector for Science and Innovation, Evgeniya Prokhorova, Vice-rector for Educational Work, attended the opening ceremony of the event. They visited the RUSSIA HALAL  EXPO exhibition. The first line of the exhibition included the Republic of Tatarstan where the investment, tourism and industrial potential of the Republic are shown, zones dedicated to the 1100th anniversary of the adoption of Islam by the Volga Bulgaria, “Kazan is a  Youth Capital of OIC - 2022”, “Tatarstan is a Capital of Sport”.

Teachers of the faculty of economics of TISBI were invited to participate in Economic Review by Natalya Zubarevich session.  They discussed the key problems of economic reality, economic forecasts on future actions and recommendations for adaptation of business.

The students of the University were actively involved in the Summit as volunteers.  They had to pass two steps in screening process to become volunteers at the event. The correspondence stage included online applications while at the in-person stage the best applicants who were ready to pass the interview in English were invited.

Volunteering at the International Summit “Russia - the Islamic World: KazanSummit 2022” is a good opportunity to take part in such a major event. I was able to participate as attaché, accompanying Yuri Pavel Santacruz Perdomo, the Extraordinary and Plenipotentiary Ambassador of EL Salvador in the Russian Federation. I accompanied him at meetings and plenary according to the program. I told him about Kazan and accompanied him in a walking city tour. I really enjoyed participating in such event because I learned a lot while working at the Summit. Anastasiya Pisareva Student of the faculty of humanities

The students of the University of Management “TISBI” welcomed and accompanied foreign delegations with the highest degree of hospitality and competence, demonstrated outstanding communicative and organizational qualities, representing with honor the University, Tatarstan and all Russian students.